Songs from The Box 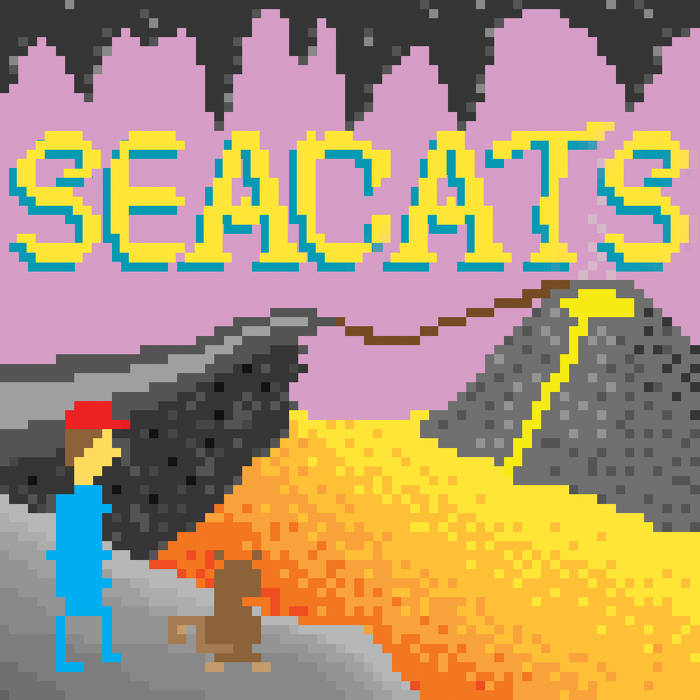 Garry Thomson You guys are the best. Love your style.

Daniel Kelly This is the weirdest seacats album in my opinion. It's not as traditionally structured and thats because the josh and the other guy, knittles I think is his name, made the album on 8 track or some shit. Nonetheless, there's still a handful of actual songs here that are a lot slower and simpler than most SEACATS songs. I like it, just not as much as their fuller efforts. Favorite track: Anxiety (dumb things).

Jack Phelps Awesome existential lyrics, and catchy tunes mixed in with some SEACATS brand comedy, one of my favourite albums of this year. Favorite track: Peace of Mind.

Caroline Dowd Got the cassette and I listen to it at least once a week. It's great. It's good. It's real good man Favorite track: Anxiety (dumb things).

The new 11-track tape from SEACATS, out on Garbage Town Records
garbagetownusa.tumblr.com

All songs were tracked on analog tape at home in Rose Valley between Dec. 2013 and Feb. 2014. In December Mike and I (Josh) started making a bunch of weird instrumental jams on his brand-new quarter-inch tape machine with no intention of ever releasing any of it. And then in February we recorded a bunch of songs in a week or two of frantic sessions before I left on a month long tour as merch guy w/ our good buds Special Explosion. Then we realized we had accidentally made a new album or EP or tape or something (it's 45 minutes long). We had so much fun making this tape thank you for checkin it.

These songs were previously released on the physical-only super exclusive release "The Box".

All Songs performed by Mike + Josh Davis
except vocals/raps on track 10 by Harry Smith
flute on tracks 2, 3, and 8 by Hannah Schmidt
keyboard on tracks 4 and 9 by Justin Salisbury

Bandcamp Daily  your guide to the world of Bandcamp