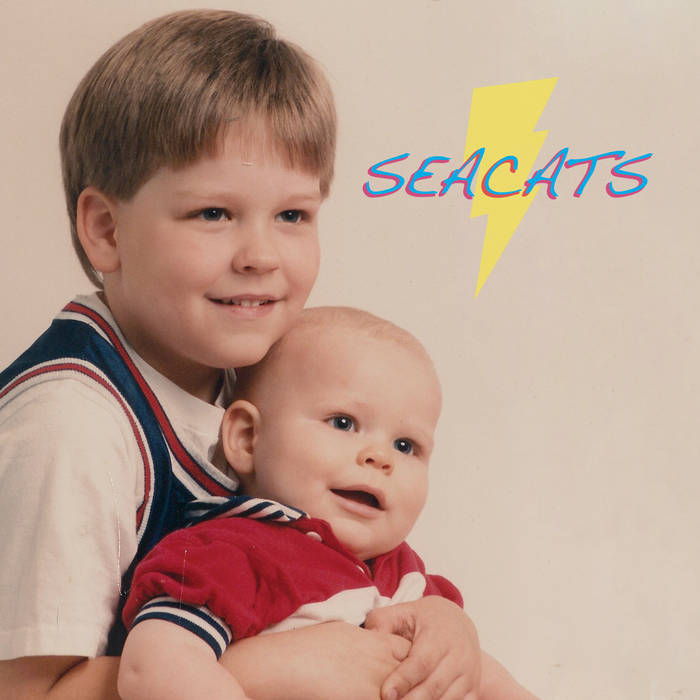 Tangle You can feel their feels Favorite track: Had it Made.

Nikole Clark Seacats have and always will be one of my all time favorite bands...Catchy lyrics and upbeat melodies always make me remember their fun concerts at Minus World Favorite track: Minus World.
more...

The Davis boys are back, with a wonderful new album! Produced by legendary NW producer Steve Fisk, SEACATS' self-titled full-length is a coming of age tale from two young brothers. 18-year-old Mike Davis sings about his trials finishing his senior year of high school, not being the coolest guy in school, and not being able to finish his chores in time to watch his favorite show. 23-year-old Josh Davis’ songs cover these same three topics.

Specifics:
Mike played drums on everything, Josh played bass on everything. Except "Minus World" which had guest bass and drums by robots. Most guitars were played by either Mike or Josh on their respective songs. Sebastien Deramat added sweet guitars on both "Zombie" and "Longer." Andy Costello added the buzzy bee guitar solo on "Had it Made." All good keys were played by Justin Salisbury, all bad keys by Josh and Mike. Steve Fisk provided classy (or cheesy) organ on "UR NEW BF." Lead vocals were performed by Mike and Josh on their respective songs, and sometimes they did harmonies on each others' songs too. Harold Smith provided emotional background vocals on many tracks. Julian Ledgerwood, Jordan Cole, Justin, Sebastien, Josh, and Mike all provided percussion and group vocals.

Bandcamp Daily  your guide to the world of Bandcamp

Benji B talks about his new compilation ‘Deviation Classics’